Anjar was built in the neighborhood of an ancient stronghold called Gerrha by Omayyad Caliph Al-Walid lbn Abdel Malek in the early 8th century.
Remains of streets, three palaces, souks (bazaars), two hammams (public baths) and a mosque are still standing.
The walls of the Caliph's Great Palace are still largely intact, with clues to the former presence of forty towers. Traces of fluted columns are found indicating that there may have been a Roman castle on the hill. 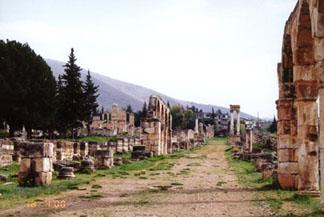 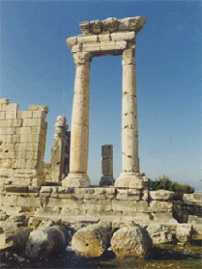 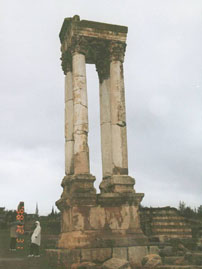 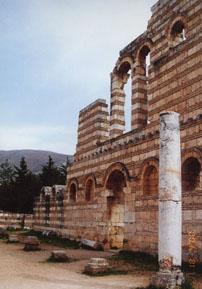