Cedars of the Lord

Cedars are among the last survivors of the immense forests that lay across Mount Lebanon in ancient times. The most famous cedar forest is the one located in Bsharreh region, North Lebanon and also known as the Cedars of the Lord.
The Cedar forest in Bsharreh contains about 375 trees, some between 1200 and 2000 years old. They stand on slopes 6000 ft (1950 meters) high in the shadow of the 10000 ft (3088 meters) peak of Qernet Es-sawda (the highest in Lebanon). 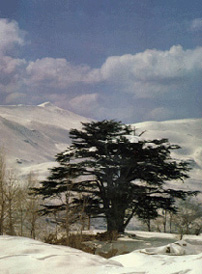 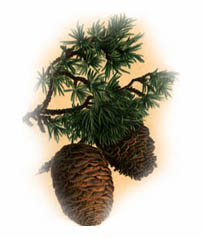 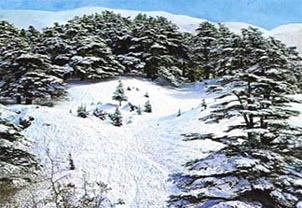 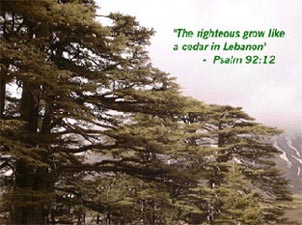 The citizens of ancient Byblos, Tyre, and Sidon used "cedrus libani" to build houses and fashion masts for their ships. From Lebanon's cedar forests, King Solomon got the timber to build his temple and palace in Jerusalem, while the Egyptian Pharaohs used the wood to carve their sarcophagi and sun-ships. Also, Phoenicians and Greeks used its wood through the centuries in their homes, temples, sarcophagi, and galleys.

Other cedar forests are found also in Tannourine North Lebanon (largest with more than 15,000), Jaj and Barouk, Mount Lebanon and several other places with heights over 3000 ft (1000 meters) from sea level. 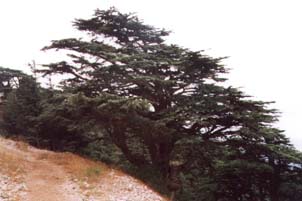 Nowadays, the Cedars tree is the symbol of Lebanon and adorns its flag